9.2 Mass Assign SF Service Indicators Based on Amount Past Due

Purpose: Use this document as a reference for how to mass assign Student Financials service indicators based on past due amount.

This process utilizes the Mass Assign/Mass Release Service Indicator pages and some flexible queries designed to assign any indicator the user has access to assign, based on the prompted criteria. This is to give the individual colleges a tool for controlling their application of policy in regards to what threshold assigns and releases a service indicator. 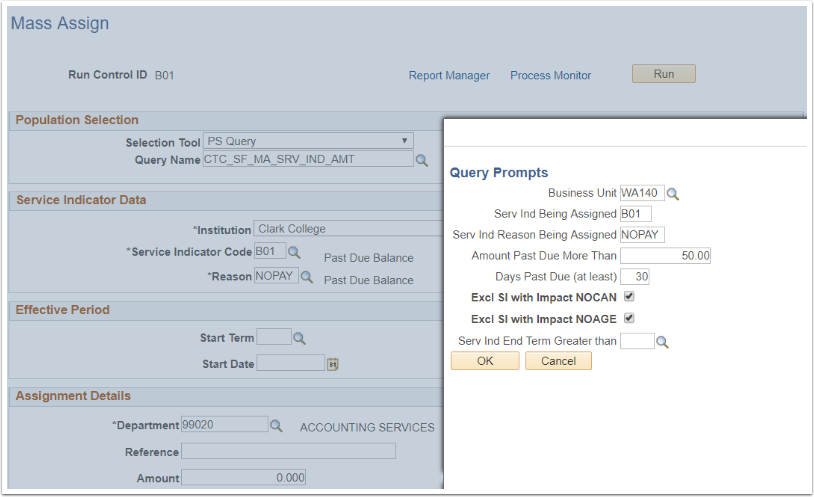 It is recommended that you have separate run controls for your Mass Assign/Mass Release processes, so you can schedule them and they retain your entered values and do not conflict with each other. 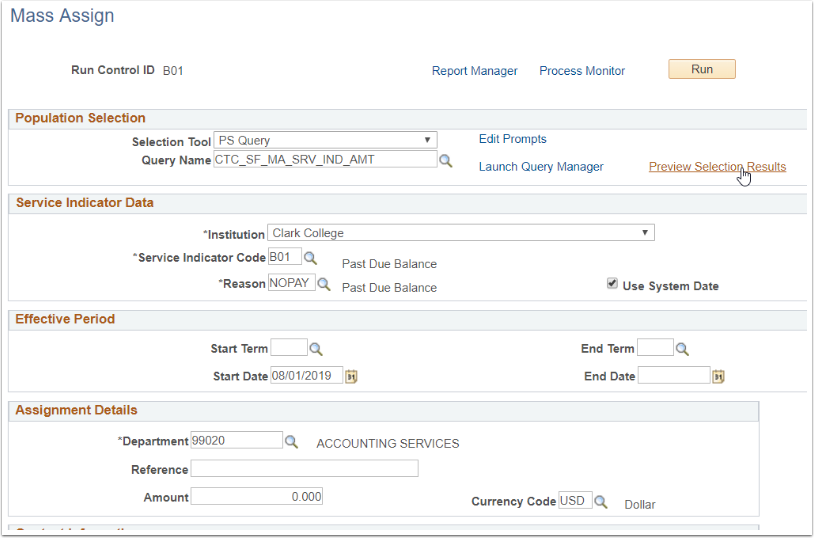 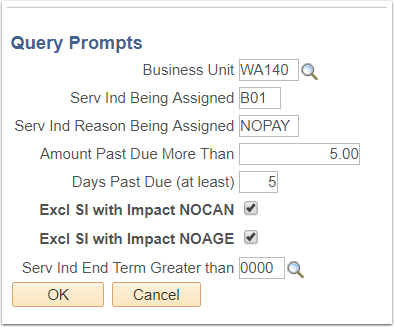 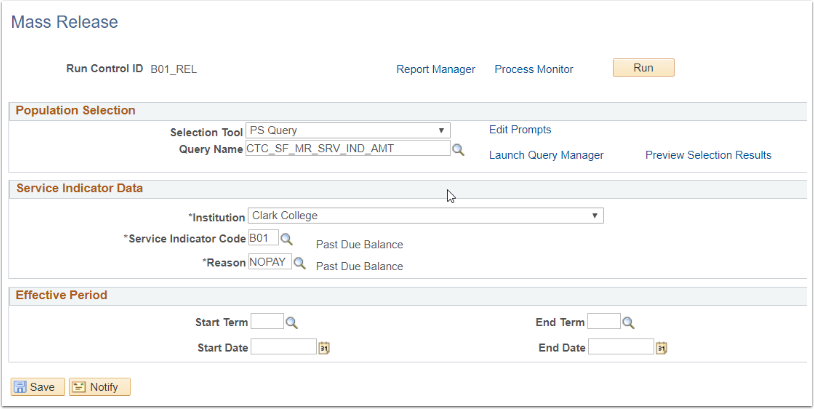 For the Mass Release query you are essentially indicating how current someone needs to be, to release a hold from their account. 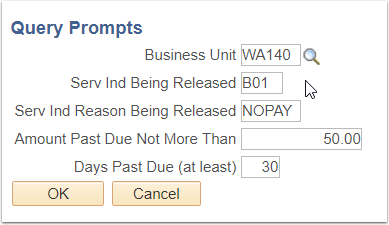 This would be a strategy for stricter release and bringing accounts more current before lifting the holds.

When scheduling the Mass Assign/Mass Release, you can have the processes run daily at slightly different times. The populations should be different, so it would probably be fine to run at the same time. However it would be best to have them run sequentially.