Purpose: Use this document as a reference for how to reassign approval work for travel & expense approvals in ctcLink.

You must have at least one of these local college managed security roles:

If you need assistance with the above security roles, please contact your local college supervisor or IT Admin to request role access.

*Note: There are several situations where the ability to reassign approval work may be useful or necessary:

While the page to be covered has the primary purpose of reassigning approval work, it can also be used to view the work currently assigned to a given user.  For example, if you would like to validate that a particular person has a particular work item assigned to them, you can use this tool to perform that check.  With the current approval process setup, any error encountered in the Expense Approval process is going to the “PSADMIN” user.  This reassignment page could also be used to move work from that “PSADMIN” user to someone more appropriate. 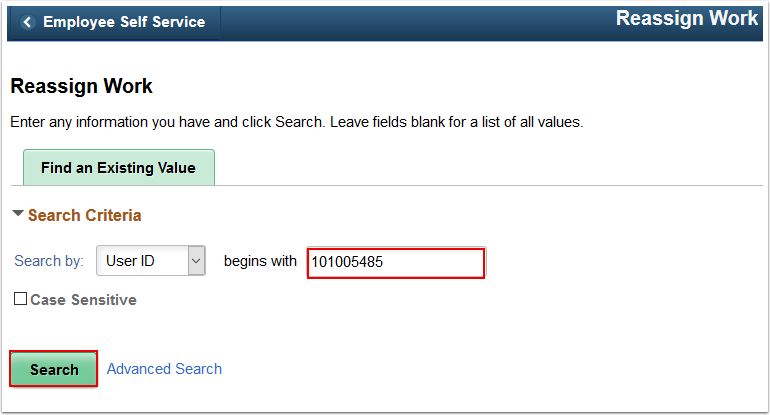 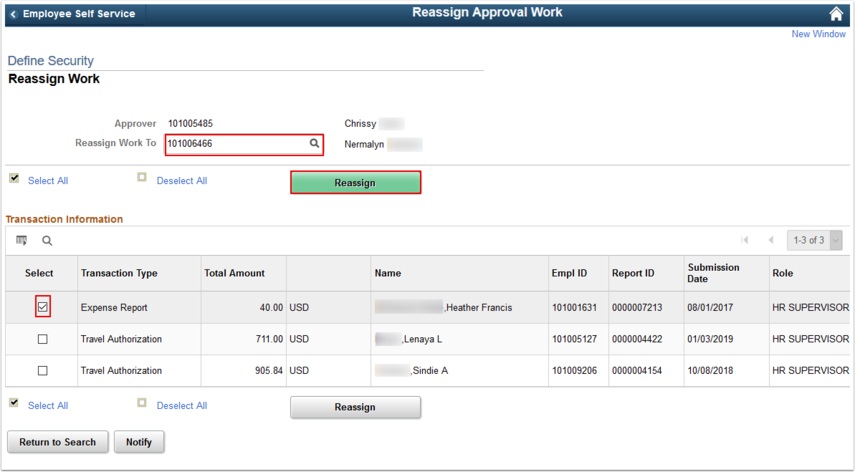 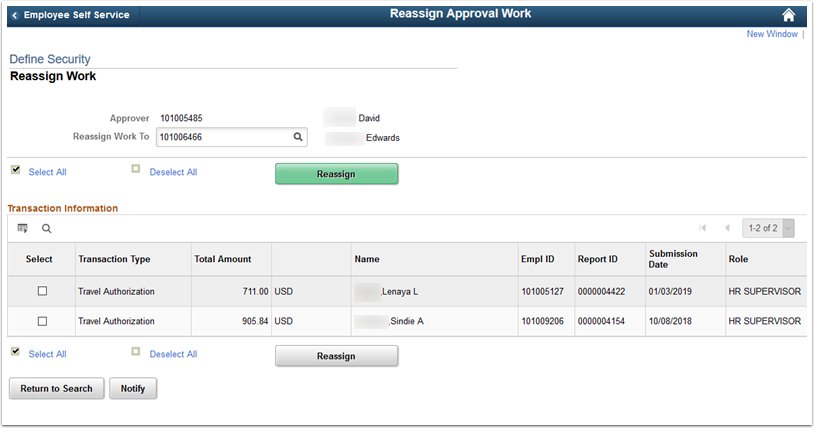 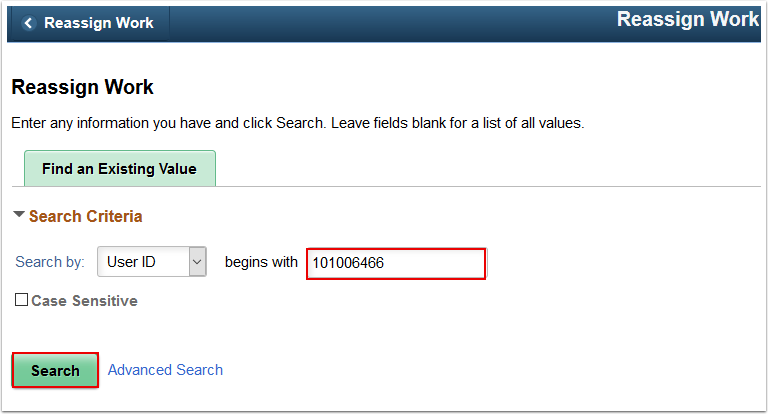 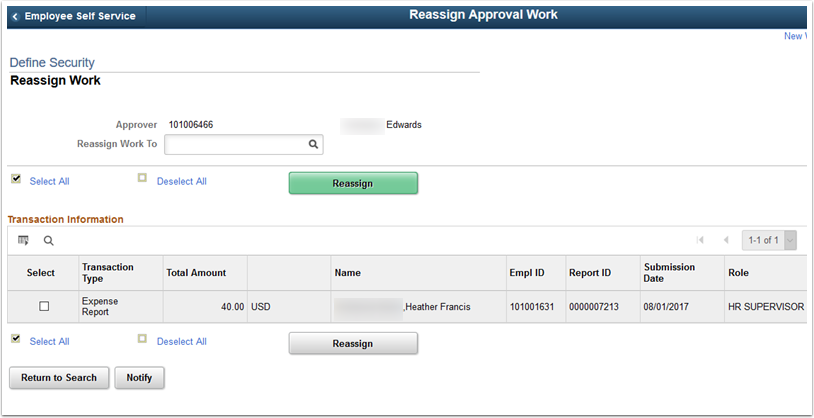 Note: With the current Travel & Expense approval configuration there are several instances where the system behaves a little differently after reassigning work.

If reassigned work doesn’t show up under the person you just reassigned it to, first, go back and check that the work doesn’t still appear under its original owner and attempt the reassignment again if it does.  If the selected work items no longer show up under the original approval item owner or new approval item owner, the item may have been auto-approved.

If a person has already taken approval action on a document, the current configuration will not ask that same person to approve the same document a second time if they appear in the approval workflow again. In these situations, the system performs an auto-approval on behalf of that user if it comes to them that second (or third, fourth, etc.) time.  If reassigning an approval item to someone triggers an auto-approval for that person, that item will not appear on their list because once the auto-approval triggers, there is no longer something that needs their approval.  You can open the document being approved and review the approval steps that have been performed to see if that auto-approval has occurred.

This is something that will occur if an approval item is reassigned to the person who originated the document.  The current system configuration does not allow a user who originated an Expense transaction to approve their own documents (no self-approvals).  In this situation, you will need to re-re-assign that work item to another person to perform.